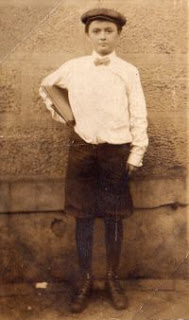 By all accounts, Al Redmond had a typical childhood for a child raised in rural Pennsylvania at the turn of the last century. But what was typical in the early 1900s would look very different from those of our family being raised in the early 2000s. It is interesting to note that Katie, Perry, Amanda, Josie, Chloe, and Kyle are being raised almost exactly 100 years after their Great-great Grandfather Redmond! So what was typical for the child born in 1897 and growing up in the early years of the 20th Century? Hopefully, this post will give you some idea.

[Before I go on with the story I want to make two points--one, for the purposes of clarity throughout, I will refer to Grandpa Redmond as Al; two, the circumstances of Al's birth where not so typical and will be the subject of a future post, but suffice it to say that Al was born to an unwed mother and was raised by an unrelated couple named Albert and Mary Redmond.]

Al was born on February 15, 1897 in New Castle, Lawrence County, Pennsylvania. I don't know how Al came to be a part of the Redmond household. It has been suggested that Al's birthmother was related to Mary Redmond, but I have not been able to find any connection between the two. So what do we know of this couple that raised Al as their own? 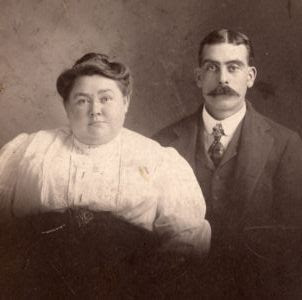 Albert Redman (Redman would evolve to Redmond) married Mary Margaret Haggerty in 1889 in New Castle. Albert was from Neshannock Falls, a small village near New Wilmington, Lawrence County, Pennsylvania. Mary was born in Pennsylvania, but was living in Youngstown, Ohio when she was married. It appears that they had a rocky start to their married life. In 1891, it is recorded in a New Castle newspaper that Albert was thrown in jail. According to the report, Mary claimed that Albert had beaten her and "otherwise abused her." She also claimed that Albert had abandoned her. I don't know how this act of domestic violence was resolved or what this might tell us about the type of household Al was raised, but Albert and Mary did remain together the rest of their lives. 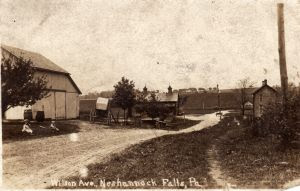 Albert and Mary lived in Neshannock Falls.  Albert had no particular trade or skill, but was a day laborer, and in 1910 he was working in a quarry which was certainly not easy work. While not much more is known of Albert and Mary, it is clear that they were a couple of little means, but generous hearts. While Albert and Mary did not have any children of their own, they took in several children over the years. However, as far as I can tell Al or Allie, as they called him, was the only one they gave their name to and raised truly as their own. Albert and Mary most certainly did not adopt Al in a legal sense, and in modern terms, the arrangement could probably be described best as foster parents. 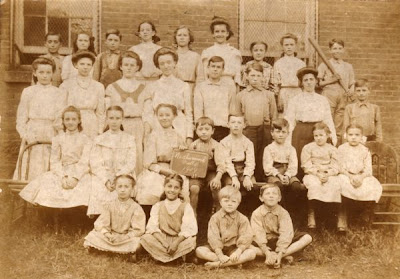 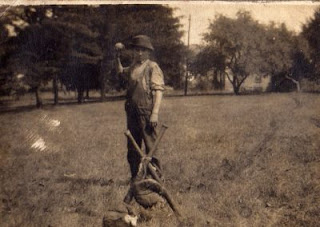 As far as a typical childhood is concerned, Al went to school, had friends, and played ball as evidenced in the photographs left behind. The class photograph proves that Albert did attend rural public schools. At that time in Pennsylvania, school was compulsory through the 8th grade. Passing the 8th Grade test was mandatory for graduation and/or to enter high school. However, continuing on to high school was not mandatory and a great number of children upon graduation from 8th grade went to more "practical learning," that is learning a trade and contributing to the family income. It appears that Al finished 8th grade in 1909 and went to work, earning money that no doubt was contributed to the family household. 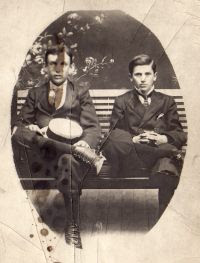 Allie Redmond (right) and friend Billy Buxton
In 1910, at the age of 13, Al was working as a laborer at the Neshannock Falls Creamery, a place where dairy products are processed, and in 1910, the main products would have been cream, milk, and butter (although butter was still churned at home at that time). Remember that this was a full time job and early in the development of Child Labor Laws.  Forty hour, 5-day work weeks are largely a post-World War II phenomenon.  I do not know how many hours he worked a day, but it was likely at least 8 hours and he most certainly worked 6 days a week. 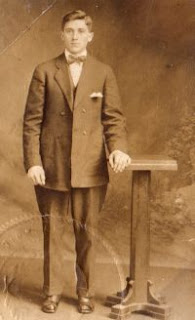 By the time Al married Myrtle in 1916, at the age of 19, he was working as a laborer for the brickyard, Youngstown Clay Product Company, in Volant, Lawrence County. The Volant plant produced fireproofing and hollow brick for construction.
Within three years of Al's marriage to Myrtle, Al's "adopted" parents had died. Al and Myrtle would find their way in the world for themselves and their three daughters over the 58 years that would follow. From his humble beginnings, Al would go on to be a hard-working, successful business man, a leader in his church and his community. But that is a story for another time.
Posted by Kipp No comments:

February Birthdays in the Redmond-Reese Family

February is a unique month for the Redmond-Reese Family.  In this one month of the year, we celebrate five birthdays in our family, but what makes it unique is that all five generations of our family are represented in these five February birthdays.  A special shout out to Kim who celebrated her birthday on the 4th.  Kim's daughter Katie will be 15 on the 20th of February!  Sharyn will celebrate her birthday on 24 February.  And in between those special days, our family remembers Grandpa (Al) Redmond's birthday on the 15th and Grandpa (Bob) Reese's on the 17th.  If you consider that Grandpa Redmond, the originator of our Redmond family, was born in 1897, these five generations represent 113 years of our family.  Below are baby pictures of Bob, Sharyn, Kim, and Katie.  While I don't have a baby picture of Al, the earliest picture I have is from a class photograph taked in 1909 when he would have been about 13.
Albert Redmond, b. Feb. 15, 1897
taken 1909 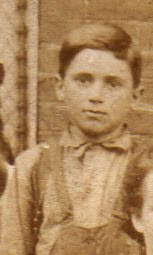 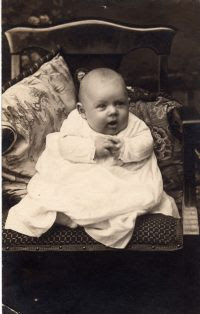 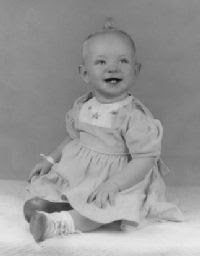 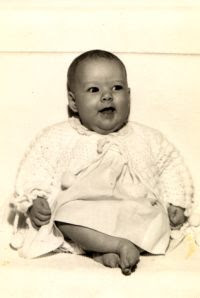 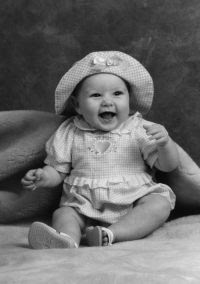