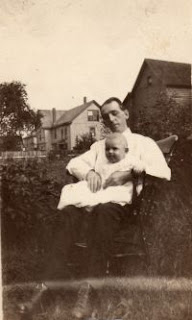 I was born at 11 A.M. on February 17, 1916 on Oil City's Southside. I was given the name Robert Norman Reese. I was named after my two uncles; one was my great-uncle Robert Reese, a Civil War veteran who died ten year before I was born; my middle name came from my mother's brother Norman Walker who was said to have been kicked in the head by a horse [I think that he was actually born with something like Down syndrome]. My father was Edward Aaron Reese, a tailor by trade, and hard-working, but like his father Samuel, Eddie, as he was called, was always looking for a quick path to wealth. My mother was Mary Elizabeth Walker from Cochranton, Pennsylvania. She was 4 years older than my father and 40 years old when I was born. 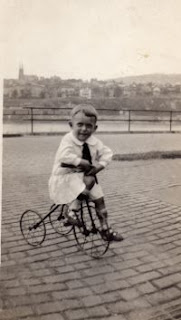 I lived with my parents at 201 East Front Street, in Southside Oil City. This was located roughly were the Riverside grocery story and Southside Post Office are now located on the four-lanes today. Next door lived my Grandpa and Grandmother Reese, my widowed Aunt Minnie Hookins, and her two children, my older cousins, Arthur and Lucille. This was a wonderful place to grow up, surrounded by family and a close knit neighborhood. Mrs. Dale lived on one side and next door to her was Mrs. McCollum, aunt of my lifelong friend Leroy Blair.
I was an only child and was undoubtedly doted on by my family. Grandmother Reese saw my first smile when I was 1 week old. Mother discovered my first tooth when I was 22 weeks. And my first word was papa. I got my first hair cut in August 1917 at the barber shop--I sat very still. I could count to 10 before I was 2 years old--Mother was so proud. 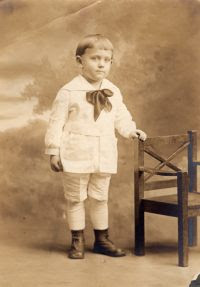 Birthdays were family affairs. On my first birthday, my Grandmother Walker was visiting from Cochranton. We had cake and father gave me a "kiddie kar" and I got stockings from Uncle John Walker. On my second birthday, Uncle John Walker got me 2 pair of stockings; from Aunt Bessie, Uncle John's wife, a silver spoon; Harry Reese Jr. gave me a toy and his brother Gerald gave me a handkerchief. Grandpa Reese gave me 5 cents for my bank and Daddy and Mother gave me a rocking chair and new shoes. On my 4th birthday in 1920, we had a chicken dinner with cake. Grandpa and Grandmother Reese, Grandmother Reese's sister Aunt Sarah Smith, and Uncle John Walker were there. Daddy gave me a bowling alley and from Mother 2 pair of stockings. Uncle John gave me $1 (guess he figured I had enough stockings); Grandpa Reese gave me another 5 cents for my bank; cousins Gerald and Harry Jr. gave me 4 pennies, 2 handkerchiefs and a card; cousin Lucille gave me a little cake; and Grandma Reese and Aunt Sarah gave me cards. 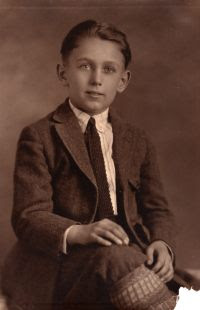 My father operated a tailor shop and a dry cleaning service, first out of our house, but later from a shop down Front Street closer to the State Street Bridge. He provided for mother and me very well. On a sunny day in June 1923 when I was 7 years old, my father was sitting on the front porch when he had an aneurysm and died. It would be years before I realized fully how that changed things, especially for my mother. This happened before social security, before insurance, and other programs that are now in place to take care of widows and orphans who lost their sole source of income. 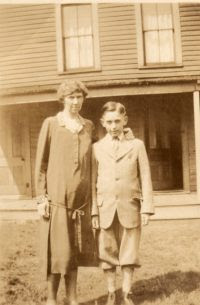 Widowed at the age of 47 with a young son and no income meant that mother had to find a way to support us. Besides income she received from renting the garages in the alley behind out house, mother earned money making pies, dressings (sauces such as ketchup), and mayonnaise for Cribbs Grocery store on the Southside. At first, mother would make all of the pies and dressing in our kitchen and a delivery boy would take them to Cribbs. Later she worked in the kitchen at the grocery. Remember that this was in the early days of modern conveniences. Refrigeration was still being developed and preservatives that are in food today to prolong shelf life did not exist. That meant that mother would work everyday to supply the grocery store with the fresh pies and dressings for its customers. Mother worked hard and all of our needs were met. Even during the Great Depression of the early 1930s, we managed better than most because the wealthy families from Oil City's West End still wanted fresh pies and dressings for their tables. 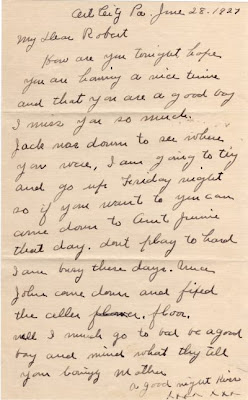 As a boy, I remember the trains pulling endless lines of oil tankers, coal cars, and flatcars loaded with timber which would pass in front of our house on the tracks across the street. My mother would complain about the soot that was left behind by the steam locomotives. She would have to sweep the front porch after each train passed to keep it from being tracked into the house. From the train station across the river, we would take the train to visit my mother's family in Cochranton. During the summer 1927, I took the train to Cochranton to stay with Mother's family on the farm outside Cochranton. That was with Mother's brother's Uncle Will and Uncle Wilson and their family. That was a big deal for this 11-year-old city kid and my first time away from my Mother. Uncle Will and Uncle Wilson raised draft horses--the biggest animals I had ever seen. 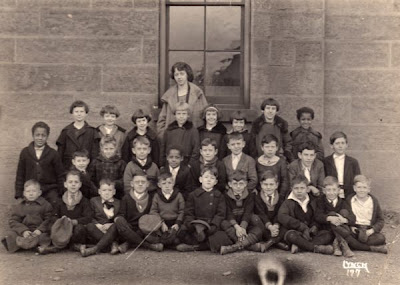 I attended elementary school in the Central Avenue School which was an imposing stone structure on Central Avenue where the firehouse now stands. This was the school that John Dewey, Father of Modern Education, kicked off his teaching career. The school was several blocks away and uphill in the morning. I attended the South Side Junior High before going to the Senior High school on the north side. Crossing the bridge and walking up the hill to the senior high during the winter or rainy weather was miserable. I was well behaved and had perfect attendance in 1926, 1928, 1930, and 1931. The most days I missed were in March 1922 when I was in First Grade. I got the chickenpox and was quarantined for 16 days, missing 10 days of school. Book wise, I was just an ok student, and struggled through junior high. I excelled at what was called industrial or manual arts and I was very good at fine art. I was especially good at drawing and my favorite subjects to draw were cowboys. 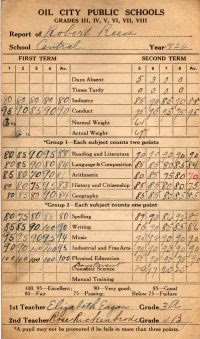 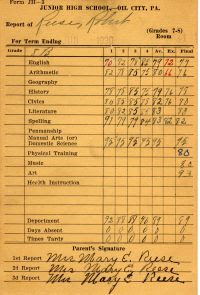 Mother and I attended the Grace Methodist Church, just a short walk up to the corner of Central Avenue and West First Street. Mother was a praying mother who made sure I knew the importance of living a good clean life. But she also knew that without a father, I still needed a male influence in my life. A Godly man [I can't recall his name] from the church stepped in to take on that role. He made sure that I was involved in activities that would help me learn a sense of duty and hard work. I also developed a strong group of friends from my neighborhood where our favorite past times were playing marbles or stick ball in the alley behind our houses. 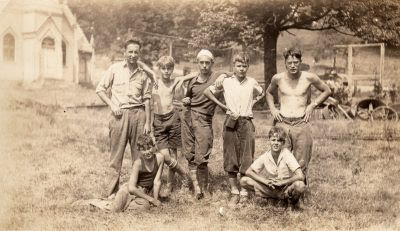 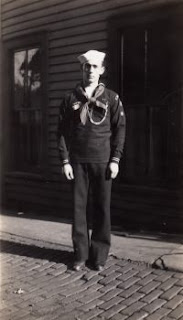 I helped mother around the house and helped with her work at Cribbs which allowed her to get done early. After I learned to drive, I also earned money driving for women from Oil City. I would take them to town to help with shopping, take them to visit relatives and friends in other towns like Titusville or Mercer. The longest drive I made was in 1936 when I took Miss Phillips and Mrs. Lee of Oil City on a two week driving tour to Bangor, Maine. 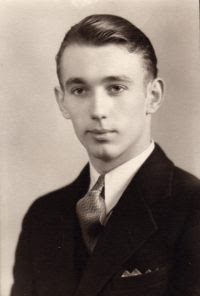 I graduated from High School in 1935. I was glad to be done with school. In fact, my yearbook says “Bob is mostly an outdoor man who has little use for school or other commonplace activities.” I did not really have a plan for what to do after I graduated, but I liked to work with my hands and solve problems so I toyed with the idea of going to engineering school and even took a few engineering and chemical correspondence courses. But I lost interest in that. I would rather spend my time racing my new Harley Davidson motorcycle and finding the girl of my dreams—and that is just what I did. But that story is for another time…